Milicent trained as a mechanic with Craftshare to learn a skill which would enable her to earn money and that she had an interest in. She was particularly interested in this opportunity because of the chance to learn business management skills – such as costing a job and making a profit. She wanted to be better able to support her daughter, and felt that a trade was something which would be valuable years into the future.

Before the training, Milicent was living in a rural area, with few opportunities – she has now moved to the town, and has done some jobs in local garages, which has enabled her to better meet her living expenses. As well as paying her daughter’s school fees, she can also send her nephew, who she cares for, to school. Milicent says that leaving school early meant she had forgotten much of what she had learnt, and struggled to read at the beginning of the training – by the end, she could read, write, and keep customer records. She said, “my community now look up to me, and I am proud of what I have achieved.”

Having employment makes me feel proud and has given me confidence. 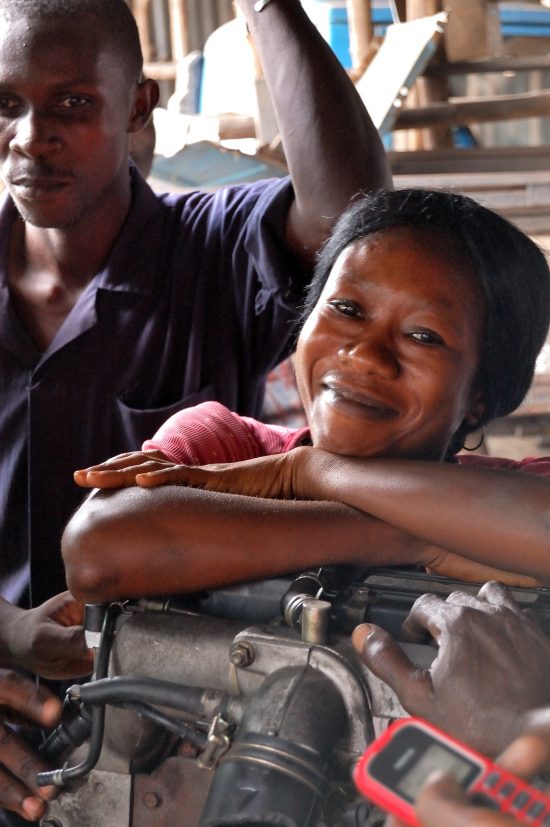