Francis was living with parents and unemployed when he joined a training course with Tools for Self Reliance and CVTC. He had only been in education for three years before his parents could no longer afford the fees, and he had to leave. With no real skills, Francis had little hope of finding even reasonably paid employment. He chose to sign up for the course and learn carpentry because he felt this was a practical skill in a trade where he could earn a good living.

He enjoyed the on the job training, and learnt how to make many things – as well as how to look after his tools and keep them in good condition. Despite his lack of formal education, Francis enjoyed the business skills training, and learning how to keep customer records. Most important for him was being able to write and sign his name – he is looking forward to continuing to work on his literacy, and to teach what he knows to his younger brothers and sisters.

Francis is now working with the business that provided him with work experience during his training, and has been able to move out of his parents home, and achieve independence. He can look forward to getting married and starting a family, and plans to set up his own business with a fellow graduate from his course. Francis feels positive about the future, and can now see himself as working and independent – in five years time, he says he will have a successful business which supports his family.

In five years, we will have a big workshop that we own and will take on our own trainees. 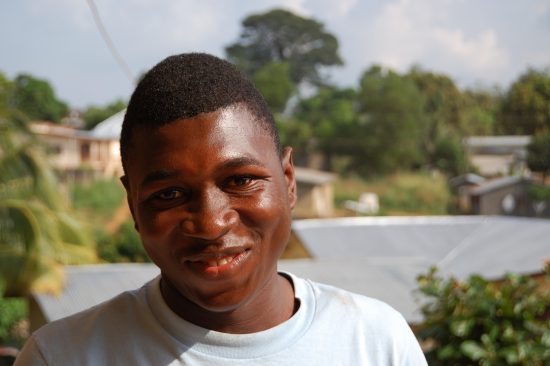