Stephen comes from a rural farming family of seven children. His family could not afford to keep him in school and he had to leave at Primary Level 6. Before he started a training course with Tools for Self Reliance and local partners Rural People In Action for Development (RUPAD), Stephen was working on the family farm, but there was not enough to keep him and his brothers fully occupied. He said he spent a lot of his time in the local community idling, and was worried he would eventually get into trouble.

He signed up to a training course in carpentry, as he was keen to learn a trade. He learnt all the key aspects of carpentry and joinery, as well as some basic building skills. The business training he received enabled him to cost products and calculate profit, and he feels stood him in good stead to set up his own business. He has formed a group with five other trainees from the course, and they are now working together and earning money. Stephen has bought a motorcycle, so that he is more mobile and able to get to jobs, and has put down a deposit on a plot of land. He said “I feel proud, and like keeping busy.”

I feel that I am in control of my life. 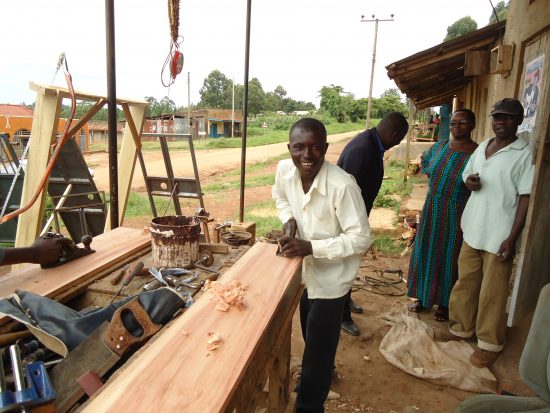