Meet the team at Tools for Self Reliance 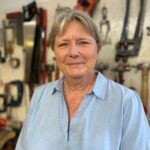 About: Former teacher who changed career to work with VSO in Zambia for 4 years. Returned to the UK and took up a post with Tools for Self Reliance. After 14 years, and picking up a MSC in Development Management on the way, became CEO in 2012.

About: Ash started working in International Development Programming in 2016, managing early marriage and FGM/C education projects in Tanzania, Kenya, and Uganda. Has since worked with refugee communities in Europe delivering direct assistance and removing unexploded ordnance in Cambodia and Kosovo. 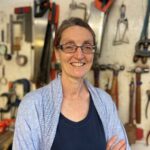 About: Cecily first arrived in Africa over 25 years ago, living in a Zimbabwean village researching livelihoods and food insecurity. Since then, she has worked across East, Central and Southern Africa and the Caribbean managing a wide variety of development and humanitarian programmes including vocational training, education, and micro finance. 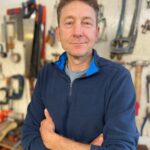 About: Studied Manufacturing Systems Engineering at Portsmouth Polytechnic before working as a cable engineer in a sub-sea fibre optic factory. Left to travel, eventually setting up a diveshop in Thailand. More recently living in Norway and the UK, he has spent the last 18 years in the manufacturing and construction sectors.

Role: Head of Fundraising and Communications

About: Katie started her fundraising career in 2012 working in intern roles to learn more about the charity sector. Since then she has spent 7 years in fundraising working across many disciplines including events, community, corporate and trust fundraising. For the last 3 years Katie has worked in marketing and communications in the fields of health and disability. 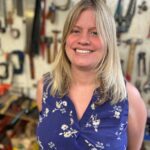 Nuisha studied Environmental Science at Southampton University.  She has worked as a trust fundraiser for 10 years working for in the fields of youth, disability and international development. 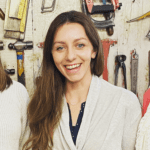 About: Lauren has gained experience in the private and government sectors before focusing on non-profit organisations. From being a Supporter Care Officer and a Corporate Charity Coordinator, Lauren now joins the team as our Fundraising and Events Officer.

About: Vicky studied Anthropology at the University of Kent before working in conference co-ordination, event management and marketing. In 2015 she joined an environmental charity as Membership Officer within the Fundraising team and now joins Tools For Self Reliance as Individual Giving Officer. 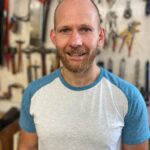 About: studied Business Studies at Plymouth University, spent 12 years in the NHS recruiting blood donors before joining an HIV charity as Fundraising and Volunteer Officer.

About: Previously worked at HSBC, the Local Planning Authority and most recently Hampshire Constabulary. Joined the team at the end of March 2014 and deals with the daily running of the office. 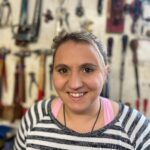 About: Natasha worked at Quilter PLC for 6 years as an International Reporting Analyst, and is currently studying ACCA. Before changing career, she worked in various nurseries and has a Foundation Degree in Childhood Studies